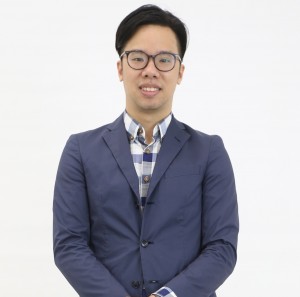 Shannon is not new to Raffles Singapore. Having graduated with first class honors in Fashion Design course in 2008, he has always been a part of the Raffles family. During his journey at Raffles, Shannon participated in various large-scaled projects such as the PUMA Project which was a collaboration between Raffles Design Institute and PUMA Singapore to promote the first-ever Formula One Race held in Singapore.

Thereafter, he joined Alldressedup and co-founded his own label Noel Caleb in 2011. Noel Caleb is a ready-to-wear line offering easy to wear mix-n-match pieces that focuses on seven core outfits that can be broken down and reworked, restyled and redressed in multiple ways. Shannon later moved on and worked for Benjamin Barker as a women-wear designer and menswear pattern maker.

After two years, Shannon was promoted as a design manager and was involved in buying and sourcing of men’s collections, overseeing the artisanal handcraft accessories and the design and marketing team. He also expanded its Singapore presence and opened the menswear multi-label concept boutique, The Assembly Store. He was also the winner of several competitions as a student, and a finalist for Singapore Young Designers in 2005 and 2006.

As a Raffles Fashion Designer and now a Creative Practitioner, Shannon understands the nits and grits of a Raffles student and most importantly, is ready to uncover their potential in the same way that Raffles has transformed him from raw to brilliant.

A Peek into the Life of Animation