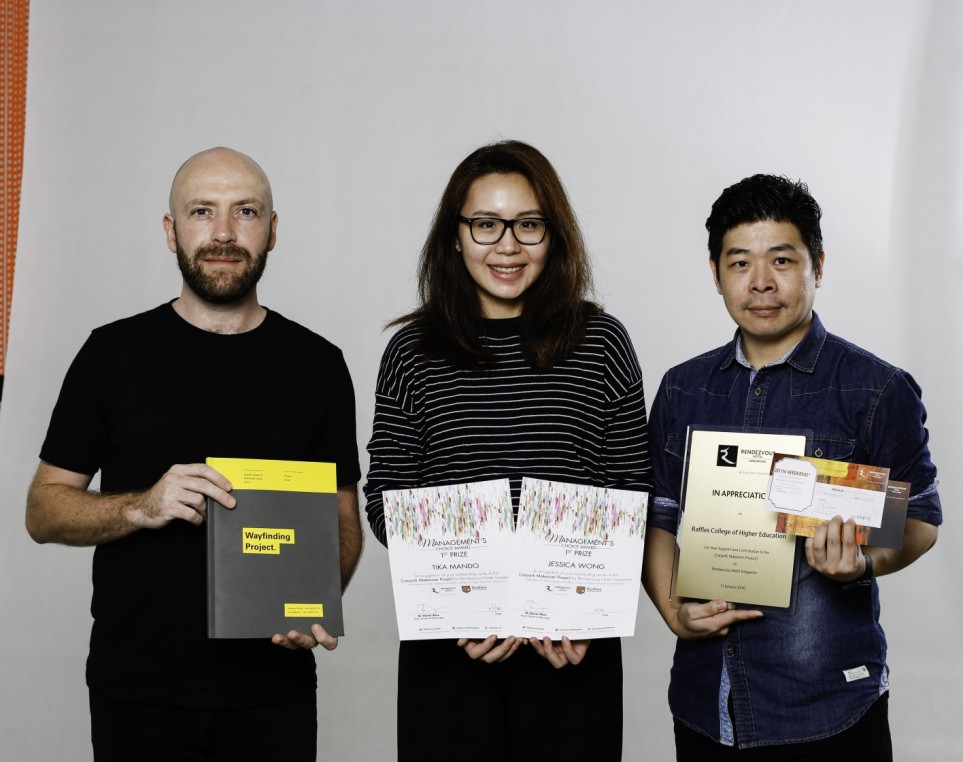 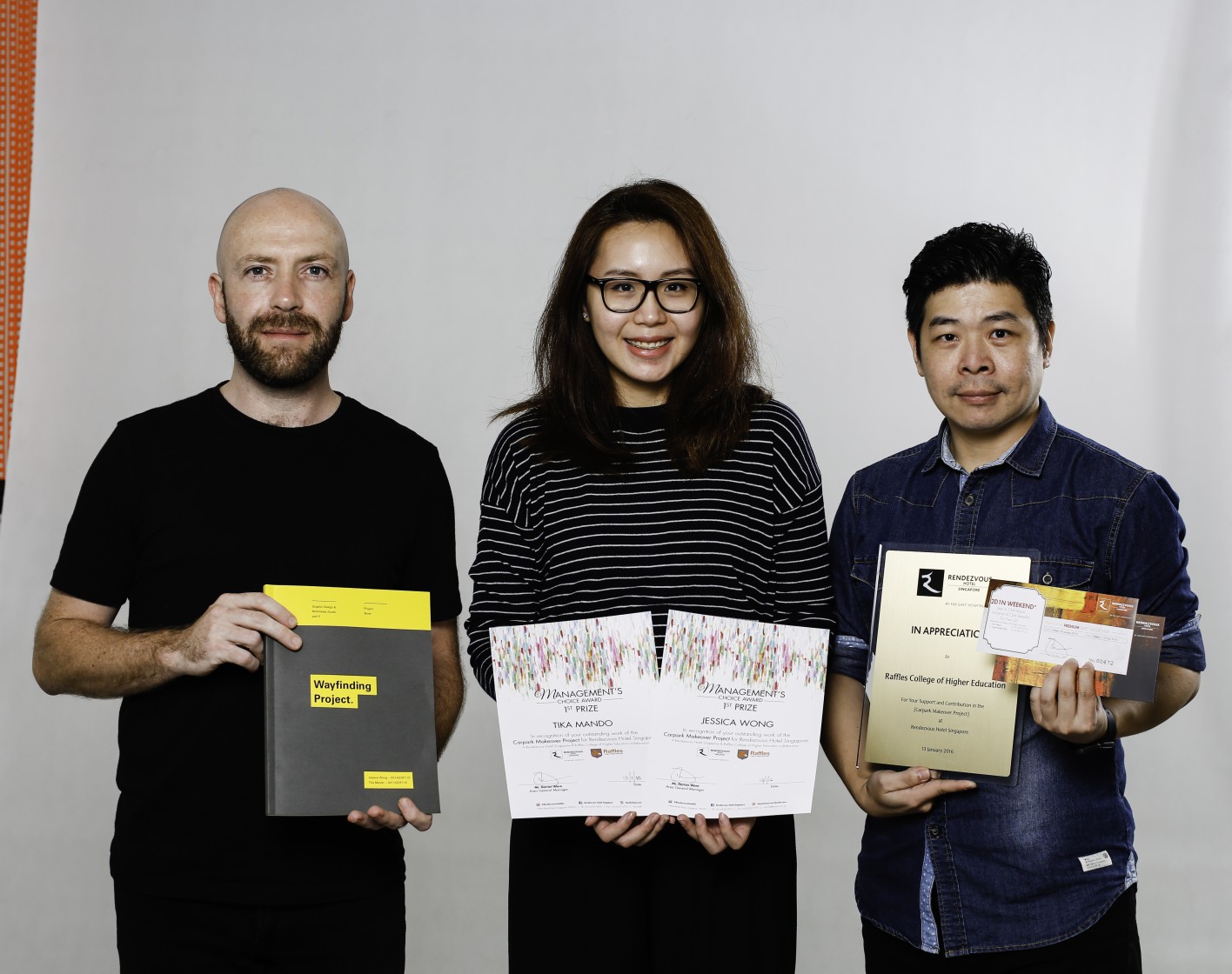 Rendezvous Hotel Singapore by Far East Hospitality is a 298-room hotel housed in a restored colonial building located in the heart of Singapore’s Arts & Heritage District – a district where the nation’s foremost arts schools, history and art museums, and the arts housing belt are found. Rebranded in November 2013, this art-inspired hotel supports the arts and culture through collaborations and initiatives with budding and professional artists from Singapore and around the world.

As part of the company’s outreach efforts to take art and design to a wider community, Raffles Singapore is collaborating with Rendezvous Hotel Singapore to create a rich-in-colour palette to beautify the hotel’s car park.

Students were tasked to redesign the signages and interiors for the hotel’s two storey car park. As the hotel was keen to articulate the artistic brand image, the focus was on both its functionality and brand communication. The project involved a detailed analysis of the flow of traffic in the car park and the orientation for hotel guests.  Upon completion, the students’ works were posted on the hotel’sFacebook page where a voting competition was held. The overall winner was selected by the hotel management.

We would like to congratulate our Raffles Graphics Designers for their major achievement!

A Peek into the Life of Animation