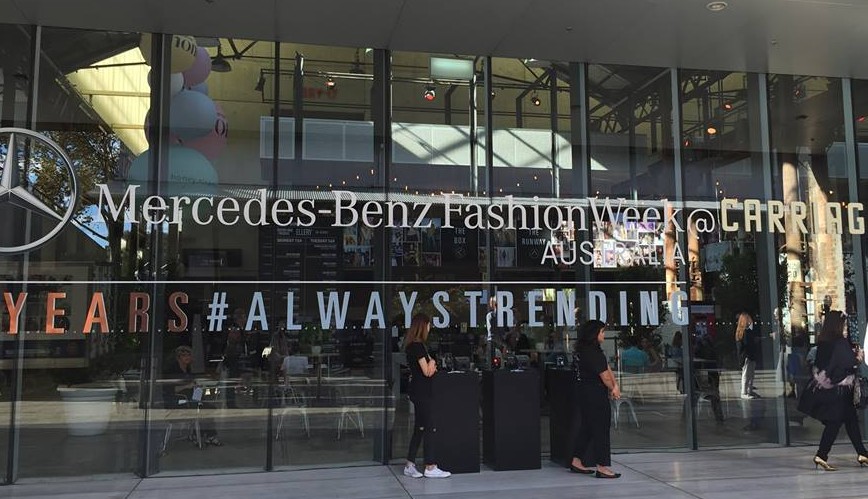 “I felt excited and honoured to represent Raffles Singapore and to be part of the fashion show at MBFWA 2015.” said Cynthia Fransisca.

Cynthia’s collection was about the popularity of unisex where the idea emphasises on the idea that woman who dressed up and acted like a man is threatening in the society. Right after graduation from Raffles Singapore, Cynthia launched her fashion label “CYNTHIAFRANSISCA” which focuses on creating garment with craft by using special techniques to invent new fabric that looks luxurious and glamorous. Through various collaborations that Raffles has been involved in, Iven Teh also garnered a great deal of exposure such as becoming the finalist of Harper’s Bazaar Next Generation Fashion Designer Award in Malaysia and having Jourdan Miller, a winner of America’s Next Top Model Cycle 20, to don his signature piece from “Isolation” collection.

“My collection was inspired by the concept of isolation and the clouding of one’s consciousness, delirium. Emphasis was bestowed upon the silhouette which resonates with the mood of the concept. I would like to thank Raffles for providing this amazing platform to showcase my collection.” commented Iven Teh.

In support of our two talents, a live streaming of the fashion show was also held at Raffles Concierge in April 2015. Missed it? Catch the replay below!

Take a look at the additional coverage of our talents’ amazing feat below:

Peekaboo! Models flash the front row in sheer and bottom-bearing designs… while another is sent down the runway wearing a dress made entirely of LEATHER STRAPS
MBFWA: Backstage at Raffles International Showcase
Lookbook at Getty Images

DOMINANCE IN A WORLD WITHOUT STRANGERS