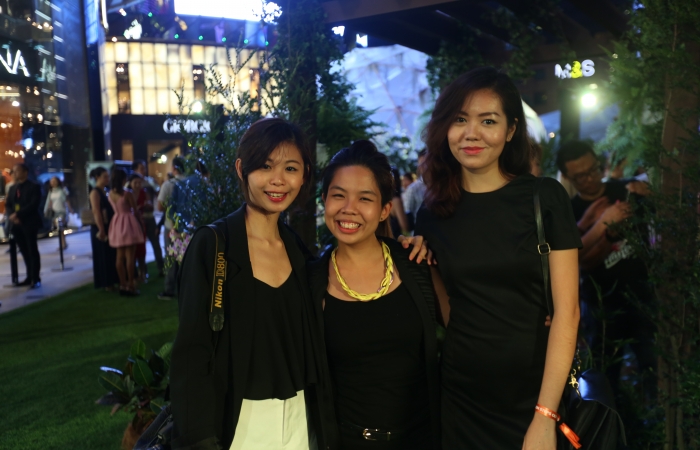 Singapore – A six week extravaganza, Samsung Fashion Steps Out (FSO) 2015, hit the town once again from April to May 2015. Since 2010, this annual highlight has always been a “must-attend” event by many fashionistas as they gather to celebrate the Spring/Summer fashion season with local and international brands.Topping up the fun were exciting events and great shopping deals around Orchard Road.

In its fourth year running, Raffles Singapore partnered exclusively with Orchard Road Business Association (ORBA) who organised FSO to celebrate the cohesive fashion and shopping campaign as a convergence of fashion and art. In conjunction with SG50, Raffles Fashion Designers took part in Fashion Splash to dress up 30 Merlion clay figurines with support from local celebrities. Based on the tagline “The Merlion: Style Comes From Within”, Raffles Fashion Designers created the looks with cues from the Merlion’s inner style and the incorporation of cultural and heritage references, icons and motifs that represented Singapore.

The designs were orientated to men’s styles as the Merlion is a male mythological icon. Five sketches by Raffles Creative Practitioner Shannon Lee were launched at the FSO 2015 Media Party where public took a sneak peek of his designs. Re-imagining the Merlions with modern, stylistic and humanised fashion edge, the fashionably styled figurines were displayed at the Orchard Gateway in May 2015.

FSO 2015 reached fever pitch as the heart of Orchard Road was transformed into the longest runway at 550 metres, showcasing the latest season collections around the globe. A veritable army of stunning models sashayed in the collections from 13 influential designers from across the world in the theme of “Fashion Fast Forward” and “Fashion Then & Now. Singapore 50 Years On”.

The opening of the runway show was launched with a truck filled with models decked in Raffles Fashion Designer Joe Chia’s groundbreaking collection. Celebrating the convergence of fashion and technology industries through innovative collaboration and fashion forward thinking, Samsung partnered with Raffles Fashion Designer Joe Chia to create chic clothing in reminiscent of the multi-colored hues of Samsung’s latest flagship smartphones. The outfits were paired with the latest Galaxy S6 and its edge. Joe also received the new Samsung Galaxy Smartphone as a token of appreciation.

“I was humbled to be part of FSO 2015, especially this year where it was a fashion tribute to Singapore. Growing up in Singapore, I have seen how fashion evolved over the years and FSO 2015 was another great event to enhance the city as a fashion capital. I am definitely honoured to be part of it.” said Paul Nathaphol.

“It was an honor to represent Raffles as one of the designers to showcase at FSO 2015, and we were very happy and are looking forward to more opportunities like this. Furthermore, this event came at the right time as our label ‘Sean & Sheila’ is looking at expanding into the Singapore market this year, thus this event gave our brand with the exposure it needed.” said Sean Loh and Sheila Agatha.

PLEATATION was part of “SGNext50: Fashion Futurism” segment where Xiaojun’s collection “Anarchia” was selected to represent a forward-looking collection, together with four other celebrated local designers.

“I felt really excited to participate in FSO 2015. It means something to be recognised and at the same time being able to play a part in the changing trends of fashion industry.” exclaimed Xiaojun.

Xiaojun’s collection was also exhibited at Paragon Atrium from April to May 2015 for visitors to catch a glimpse of the creative development process and the inspiration behind her collection.