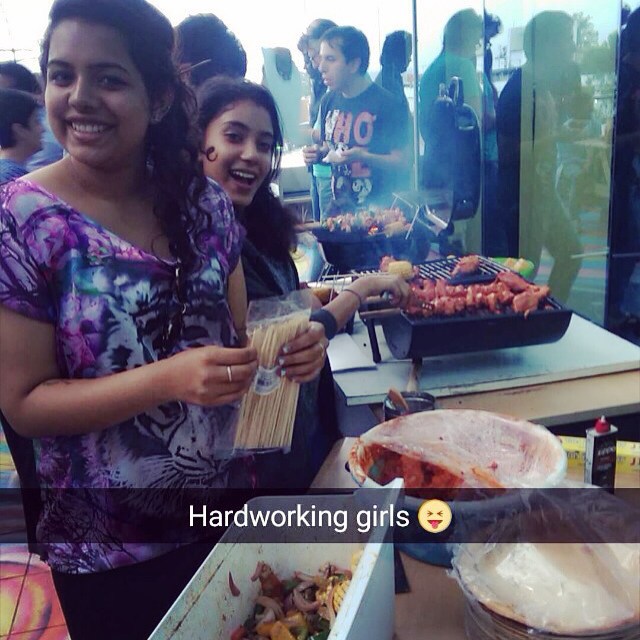 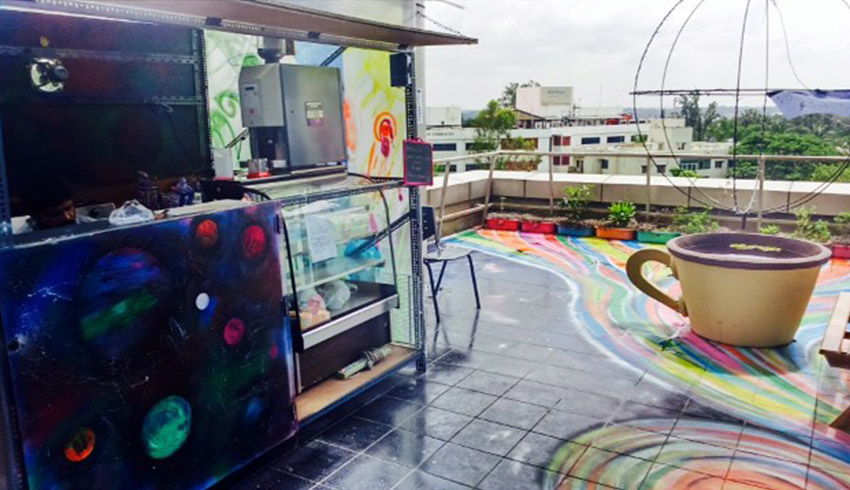 India – It’s been a while since Raffles Bangalore was contemplating to start their own in-house canteen to cater to the ever growing need of its student’s craving hunger!

Amidst the gusty winds, drizzling rain, blazing sun, students and faculty combined their efforts to build the structure of the stall which is lovingly called “Space Out”. Further, to enhance the look and feel, Product Design alumnus Nisarg Bhatt created an art work to beautify the canteen structure with his never ending bottles of spray paints and out of box creativity. Since, students spend most of their time in the canteen; the ambience had to be gripping.

Under the guidance of Fashion Design Programme Director Vipin Jose, Nisarg and his team started off by researching for inspirations. After numerous attempts, the final design was on the verge of being constructed. After its completion, the stall was ready to be put to use. However, the creative team felt the canteen needed more detailing and this was where Nisarg brought in his painting experience to use. The idea was to create a galaxy-esque experience with spiral pool of colours being surrounded by silver stars. The colourful spiral depicts the mind of a designer and how they live in a galaxy of their own with multitudes of ideas and thoughts spinning in their heads at any given point of time.

Upon the transformation, the well-designed and hygienic canteen in campus supplies quality snacks and eatables and it has turned into most preferred hang-out destination for students and staffs. The humdrum, vibrant and colourful environment and appetising dishes brighten up the canteen as the place to be for a lease of fresh air in between the routine of hectic classes for the students. It is not only the food the students love to munch on but the conversations they share that form an integral part of Raffles Bangalore.