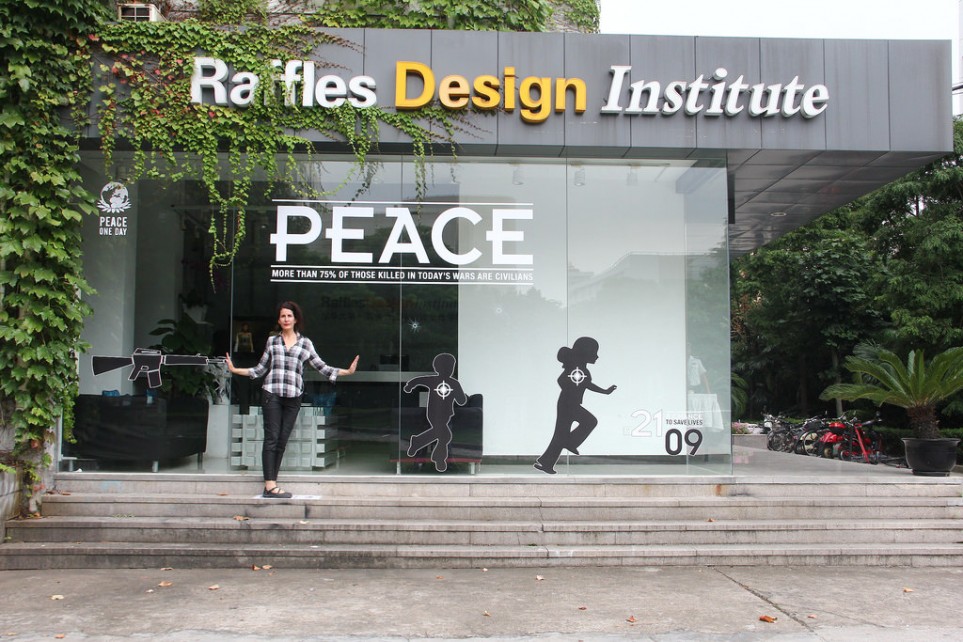 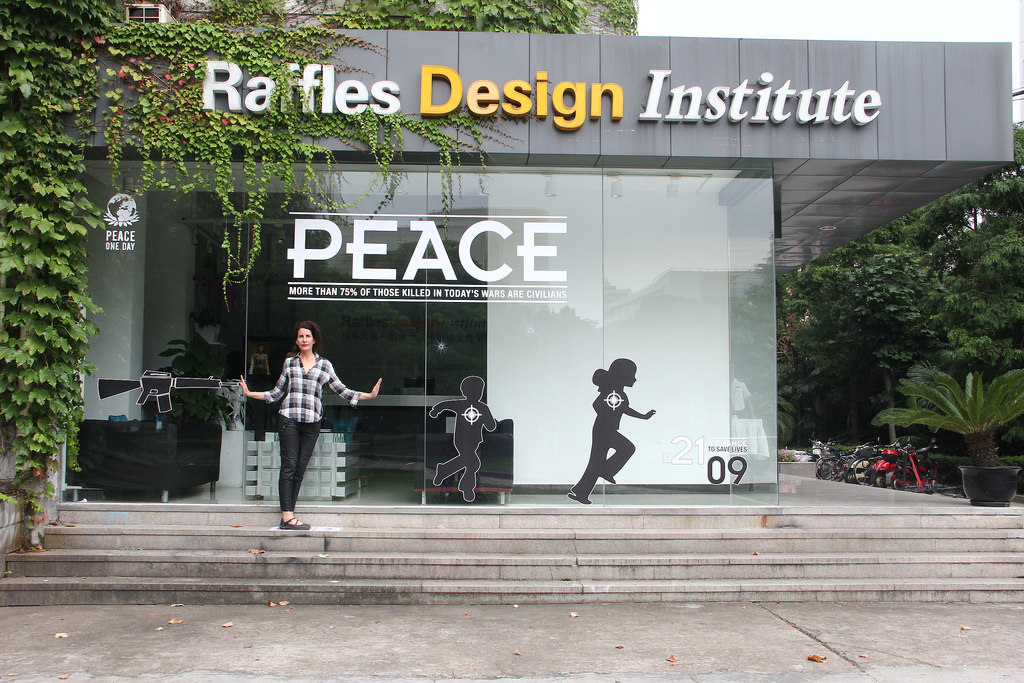 China – As part of raising awareness for the International Day of Peace and supporting the Peace One Day’s campaign, Raffles Shanghai invited students, teachers and friends to take a stand for global unity and world peace on 21 September. Peace One Day is a non-profit organisation that aims to institutionalise Peace Day on 21 September as a day that is self-sustaining, a day of global unity and intercultural cooperation on a scale that humanity has never known.

Inspired by the worthy cause, Raffles Visual Communication Programme Director Sara Corvino influenced Raffles Shanghai to support the campaign. She designed a unique window display that featured a horrific war scene of a gun pointing towards two children who are running for their lives as they dodge the hail of bullets. A short description on the display highlighted that 75% of today’s war victims are civilians.

Invited guests portrayed their heartfelt emotions in their photo taken against the window display. It was then uploaded to Raffles Shanghai’s social media platform. Within two weeks, Raffles Shanghai’s hard work went viral as more than 800 photos were collected from visitors who were aware of their campaigning effort. Indeed, every little effort counts. Raffles Shanghai was also glad to have made a difference towards promoting unity and world peace.

The Secrets of Jewellery Making