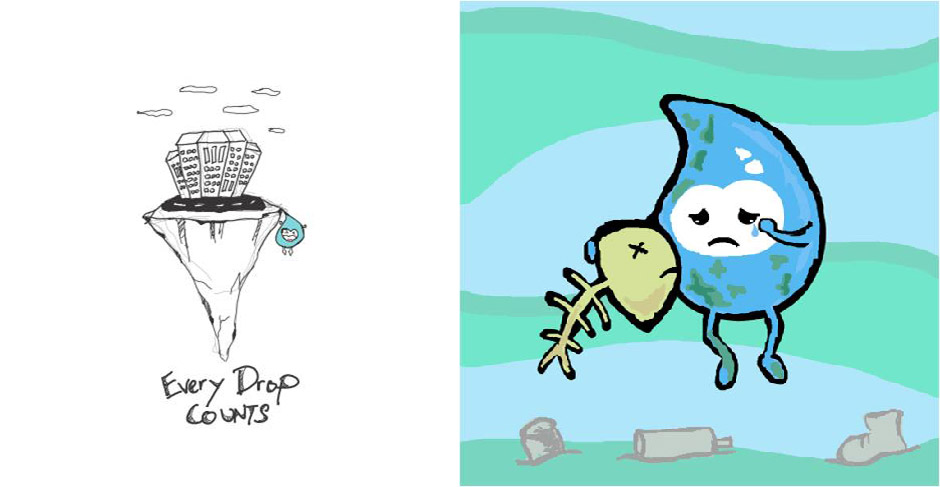 Singapore – 2014 had been a great year for Raffles Singapore in achieving numerous awards for local and international competitions. Two aspiring Raffles Designers, Samuel Yong Zheng Hao and Yesika Natali Chandra, emerged as the National Winner and 1st Runner-up respectively in the Watercolour.sg competition organised by Singapore’s Public Utilities Board (PUB).

Raffles has always been supportive in encouraging students participate in competitions that would enhance their portfolio and expose them to the industry. Over 400 entries were submitted for this nationwide competition and participants were required to draw their designs of what water means to them on a microsite.

“Raffles students displayed high levels of creativity and professionalism in their works despite the limitation of the platform. It was a tough choice choosing the grand winner, and the reason why Samuel won was because his design was able to reach out to all ages and people from all walks of life.” said Raffles Creative Practitioner, Kenji Choo who was a part of the judging panel in the finals.

“The competition provided me with a different platform to enhance my drawing skills and I am happy that my hard work was paid off.” said Yesika, who made use of water droplet as a character to portray the detrimental effects of the lack of water in a natural environment.

Through this competition, PUB hopes to instill the importance of water as water is the source of life. In less than five decades, Singapore overcame its water shortage issues despite of a lack of natural water resources and pollution in its river. Today, Singapore is proud to have a robust, diversified and sustainable water supply through its four National Taps, catering to the country’s continued growth and meeting the needs of its population.