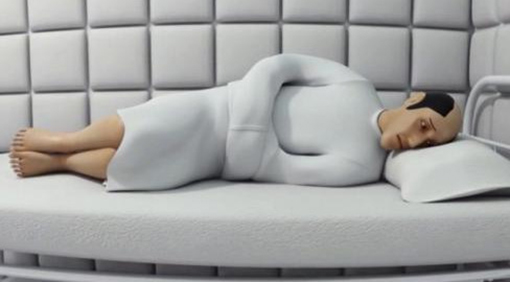 Singapore – Raffles Designer Samal Bandara who graduated from Bachelor of Arts (Visual Communication), With Major in Animation in June 2014 from Raffles Singapore was a winner of the Art With Impact Film Contest, a philanthropic competition using mental health as the topic.

Using animation, his short film on ‘Schizophrenia’ visually portrayed the distress from people affected by the illness and highlighted the harms that arises from the stigma and lack of understanding of this condition. His film aimed to illustrate the full extent of the disorder and the detrimental effects on one’s life that other people would not experience or understand. However, with great care and acceptance, there is a possibility that the affected people could find a small ounce of freedom from their constant nightmare.

Samal shared, “I am honoured to be chosen as the winner and grateful to everyone who have helped and supported me, especially Raffles Singapore and Raffles Creative Practitioner Federico. Winning this competition opens many doors for me as my film reached many individuals, along with new filmmakers who aspire to create videos conveying the same message for mental illnesses. This contest also served as a great platform for artists who wish to make a difference for the society through animations and films.”

“I am very pleased to witness Samal’s hard work being recognised. As a 3D Animator, it is essential for Samal to gain confidence in his works and start his own career. It will also serve as a good example and encouragement for the other Animation students in Raffles.” commented Federico.

Samal said, “As an animator or filmmaker, you should make use of the experiences gained in your academic and career, together with your creative juices, to create projects that are interesting and addresses the issues faced by today’s society. Explore and challenge yourself as it can truly make a difference.”

When Fashion Meets The Quincy Hotel