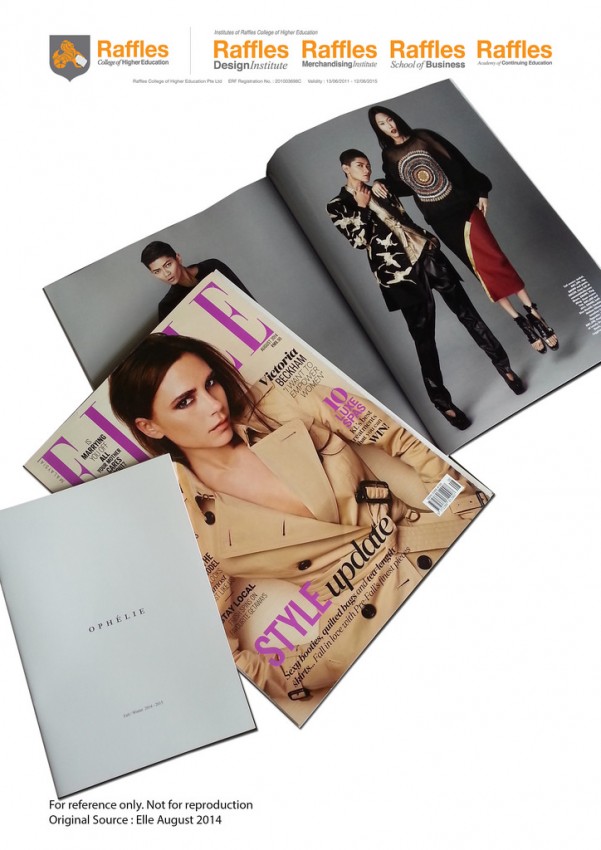 Singapore – Six Raffles Fashion Designers and Marketers have done us proud once again with their consistent limelight in Singapore’s mainstream media. Amos Yeo, Chiang Xiaojun, Joe Chia, Paul Nathaphol, Sean Loh and Sheila Agatha made headlines in the vibrant fashion industry around the world. Read more about them below:

Amos Yeo
Achievement: Launched his own label “AMOS ANANDA”, whose collection features elements of sports and street style.
Highlight: One of his SUPERNORMAL collection was featured in Lianhe Zaobao. The white T-shirt with red stars sync with Singapore’s national colors which reflects patriotism, calling for the occassion in style. A full-page article profiling him and his label was also featured the second time, as he shared about his acquaintance with a Taiwan artiste, Wu Chun, wearing his collection.

Chiang Xiaojun
Achievement: Launched a unique open space concept store “PLEATATION” at Orchard Central, with attention-grabbing apparel collection. She was also featured on a Channel U programme titled “Style: Check in Episode 11” on 6 August. View it here!
Highlight: Lianhe Wanbao dedicated a full-page editorial on her pleated designs and also tips on how to style them on 11 August 2014.

Sean Loh and Sheila Agatha
The dynamic duo is on the road to fame in the Malaysia’s fashion industry with their label Sean & Sheila featured on several renowned fashion magazines such as ELLE, Marie Claire and Harper’s Bazaar.

Joe Chia
Luminary Raffles Fashion Designer has been capturing the media’s attention with his label “JOE CHIA RTW”. His label was featured in Marie Claire Malaysia, GQ magazine and Mint Magazine Malaysia. Joe’s classic, timeless and experimental ideas are launched in sequence of chapters instead of seasons, which makes it truly different from his industry peers.

Paul Nathaphol
Raffles Fashion Designer rose to fame with his showcase at the Toronto Men’s Fashion Week 2014, bringing urban contemporary wear to the next level. The brilliant combination of femininity and masculinity in his new collection garnered a widespread of online coverage on thestar.com and vincent-ko.com.

RAFFLES SINGAPORE DESIGNS YOUR FUTURE IN 2016