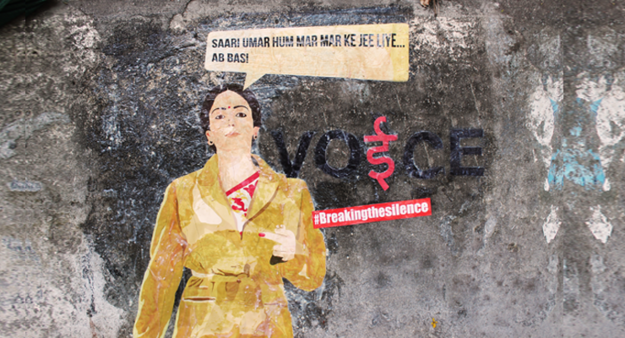 INDIA – Inspiring women to speak up against harassment, and to help spread awareness among the masses against the cultural and social stereotypes of women – that was the unique conceptual goal of Raffles Mumbai’s Graphic Designer Jheel GORADIA’s street art themed studio project ‘Breakingthesilence’, which was featured on BBC News, and has garnered substantial international attention.

With graffiti and painted advertisements typically dominating in Indian cities, the concept of street art is typically relegated to that of an afterthought. That however, did not stop Jheel from adopting the unique approach, to spread her powerful message against patriarchy.