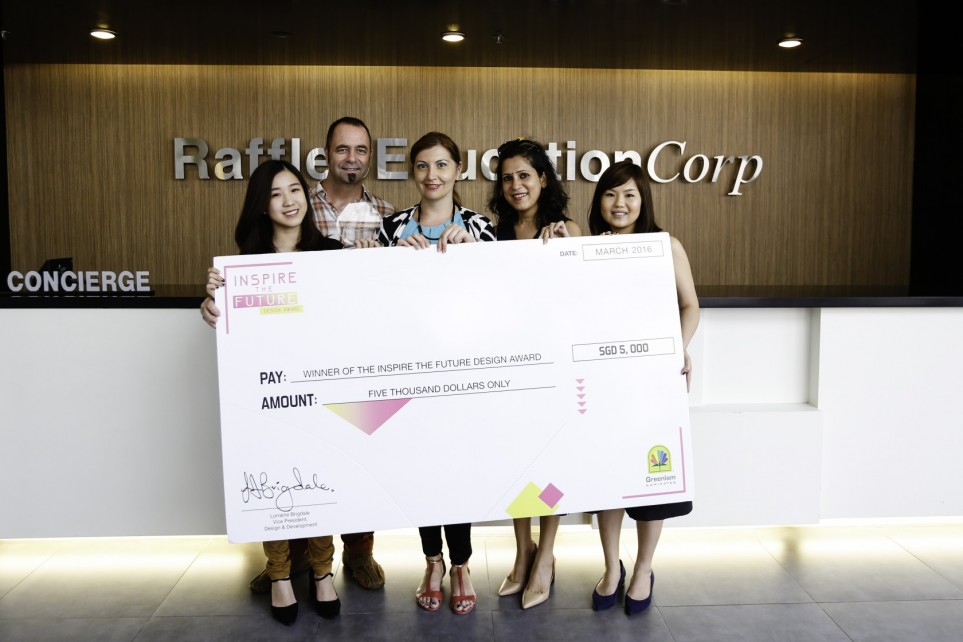 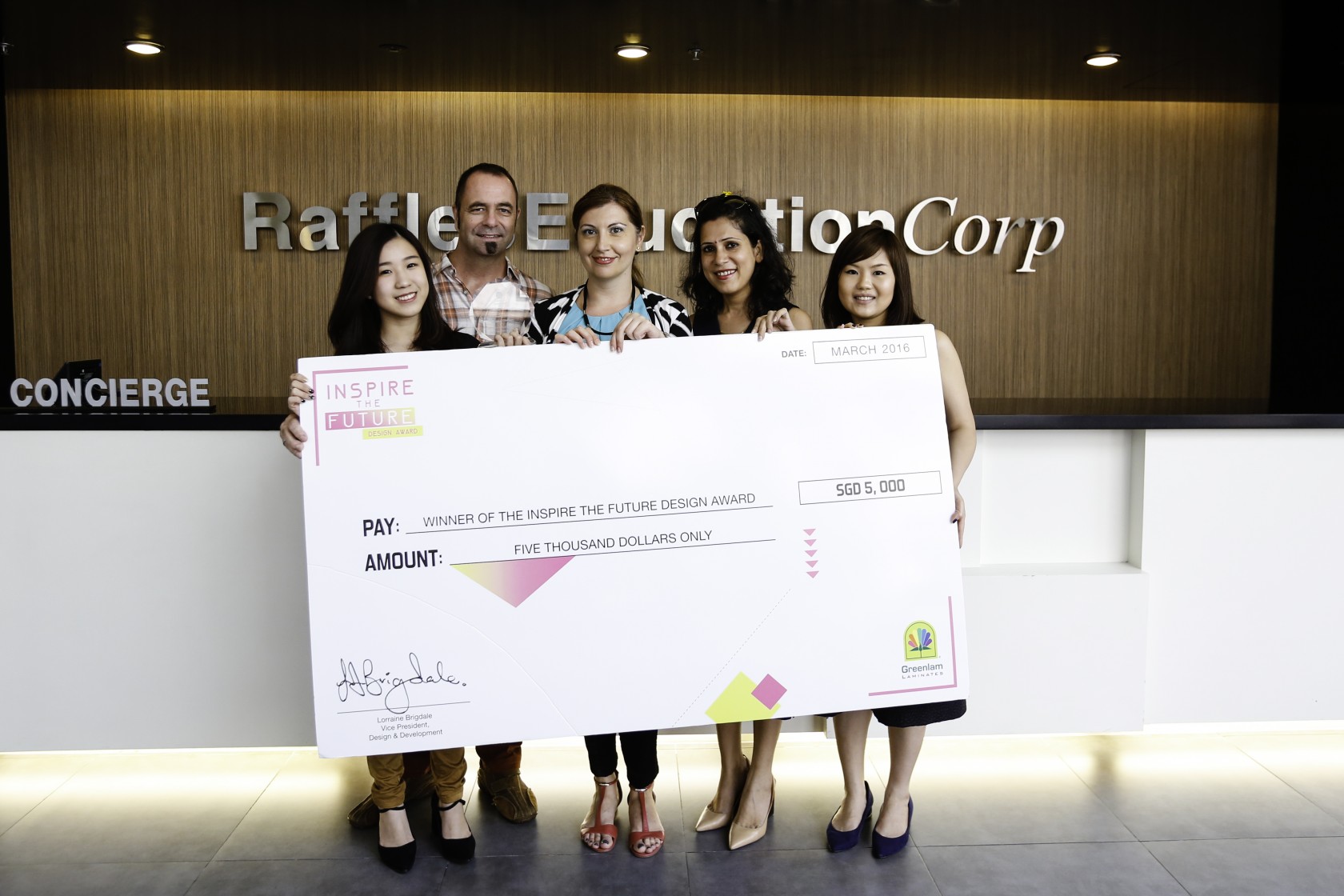 SINGAPORE – Raffles Interior Designer Shindy WIJAYA was crowned as the Winner of the Greenlam Inspire the Future Design Competition!

Organised by Greenlam Laminates, the competition had drawn submissions from tertiary institutions all over Singapore. Shindy’s design, entitled ‘Golden Oblique’, has exemplified a unique inspiration and a compelling vision for the future of design that got her the award. To celebrate the joyous and victorious occasion, an award ceremony witnessed by a group of fellow Raffles Interior Designers was conducted to present the trophy and cash cheque to Shindy WIJAYA by the General Manager of Greenlam Asia Pacific Pte Ltd, Banita Mishra. Not only that, but Shindy was also awarded a cash prize of SGD$5,000 by Greenlam Laminates for her masterpiece. Her winning design will also be featured in Greenlam’s 2016 catalogue and coffee table book to inspire designers across the Asian region.

With Greenlam Laminates being Asia’s largest laminate manufacturer, Raffles Designers can learn to design for the global market and gain exposure beyond the Singapore environment. This aligns with the belief of Raffles; advocating in a high quality education and grooming its students to become industry professionals with the help of its top international Creative Practitioners.

We would like to congratulate Shindy for her amazing efforts and wish her all the best in her future endeavours! 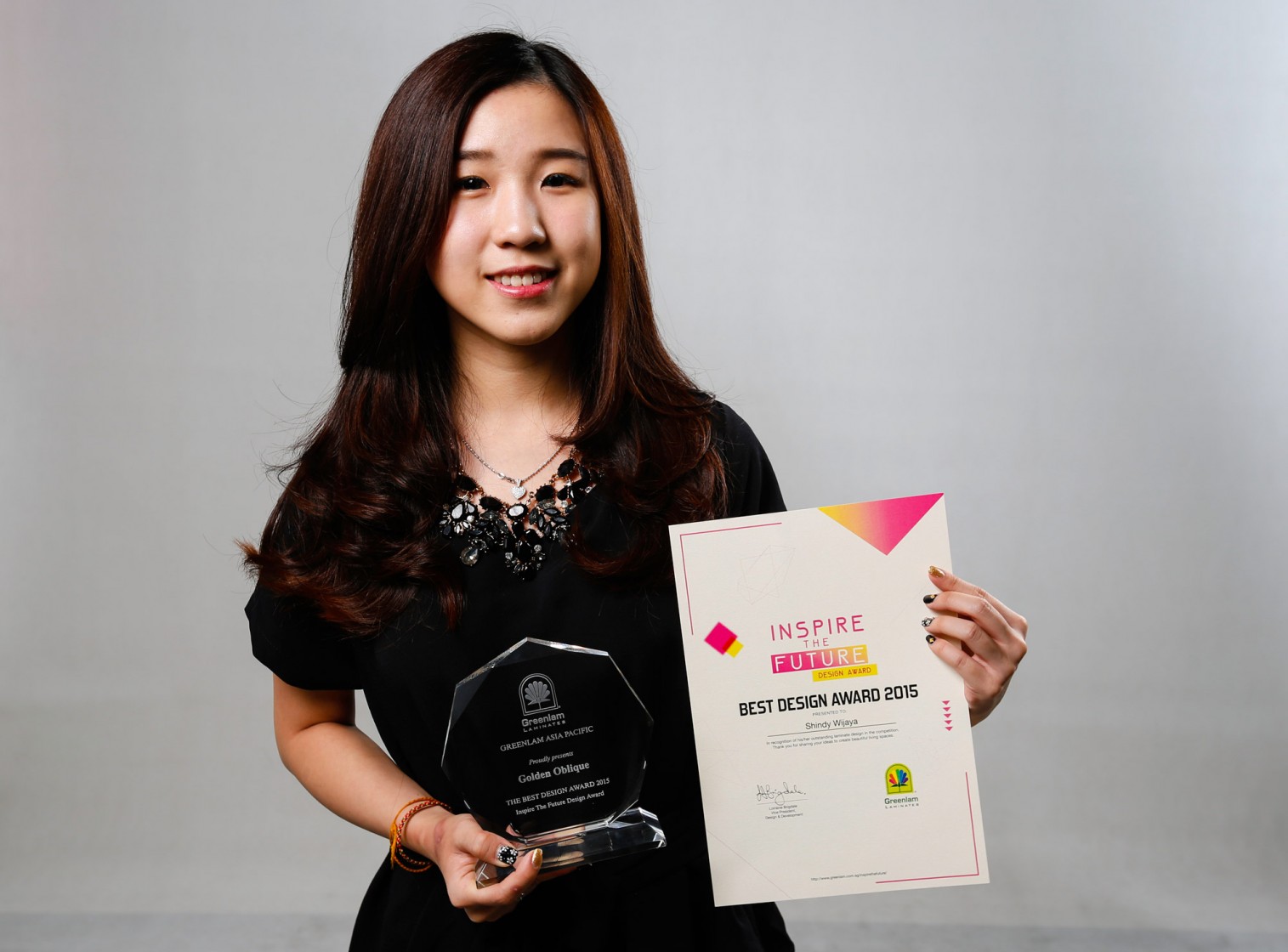