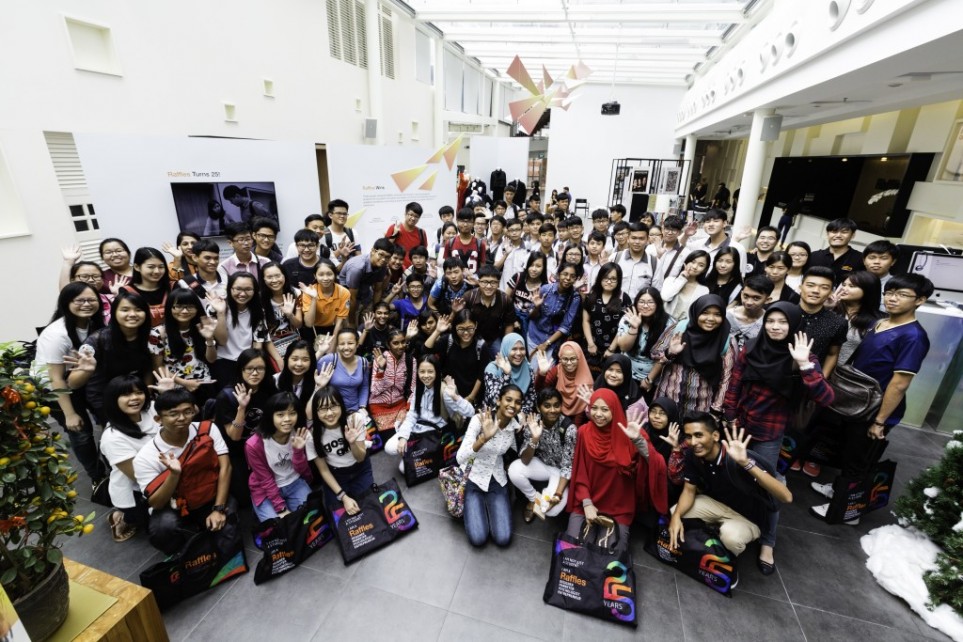 SRI LANKA – Fashion was recently the talk of the town in Colombo as the city held its 13th Fashion Week in February 2016. Powered by HSBC International, Colombo Fashion Week has been Sri Lanka’s premier platform for fashion design since the year 2003. Its key vision is to create a global impact with the Sri Lankan fashion design industry and bring progressive change to every aspect of the fashion industry in the city.

Collections from local and international fashion designers are regularly featured on Fashion Week and among those who had the honour to do so was Raffles alumni Shanika Samarakkody. Debuting at last year’s show as an emerging designer, Shanika graduated to the main stage in the Menswear segment where her array of designs dazzled the audience at the main ballroom. Her collection, revolving around the design of newspaper prints, was described as having a standout look with “a full, loose fitting suit in an almost solid cobalt blue, alongside office and casual wear shirts that is well cut and slick.” Combining innovative designs with high-quality apparel, her label, Agent, is an independent men’s clothing and accessories brand that has seen the same collection being exhibited at Raffles Saviskara 2015 and the “Emerging Designer” segment in 2015’s edition of Colombo Fashion Week. This highlight is a major addition to Shanika’s portfolio that has already included notable works with Cinnamon Hotels and Resorts in a “Creative Styling” capacity for a lifestyle photoshoot that featured Miss England 2015 and three Miss India titleholders.

Upon graduation from Raffles Colombo, Shanika was a proud recipient of a prestigious award by The Federation of Chambers of Commerce and Industry of Sri Lanka (FCCISL) to commend her efforts for the establishment her label, Agent.

This is just the start of many great things for Shanika and we wish her all the best in her road to success!