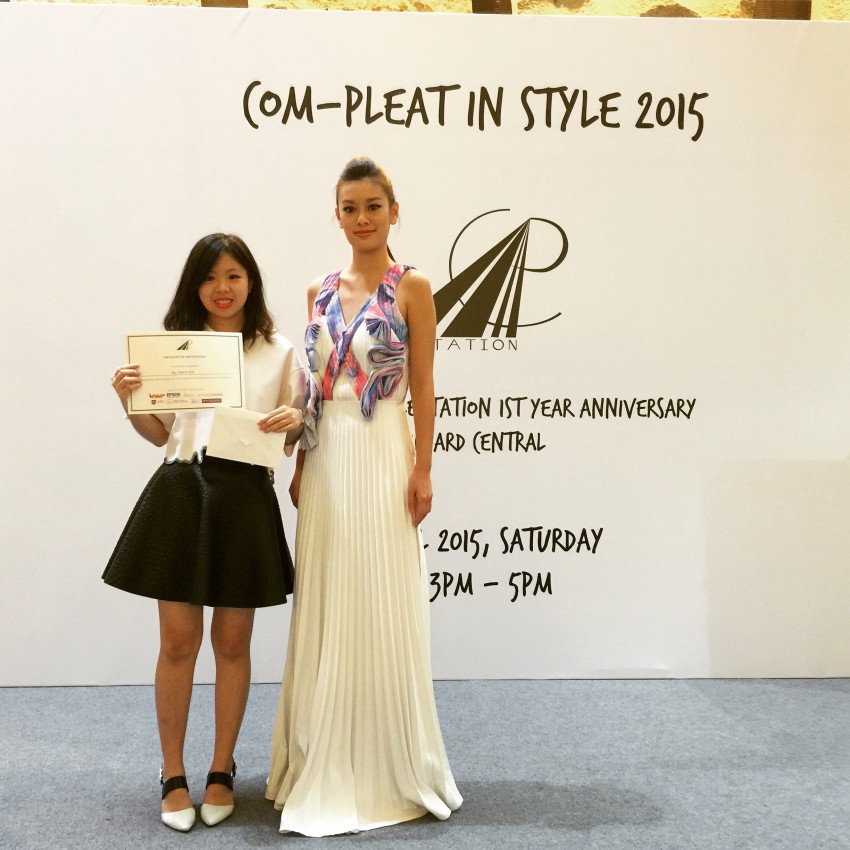 The Com-pleat in Style 2015 competition was organised by “Pleatation” a pleat-focus label founded by Raffles Fashion Designer – Chiang Xiaojun. The competition calls out to all aspiring designers to design and create a pleated womenswear outfit that is at least 95% pleated! It is also in conjunction with celebration of the Pleatation Anniversary Party and Fashion Showcase on 25 April 2015 at Orchard Central! 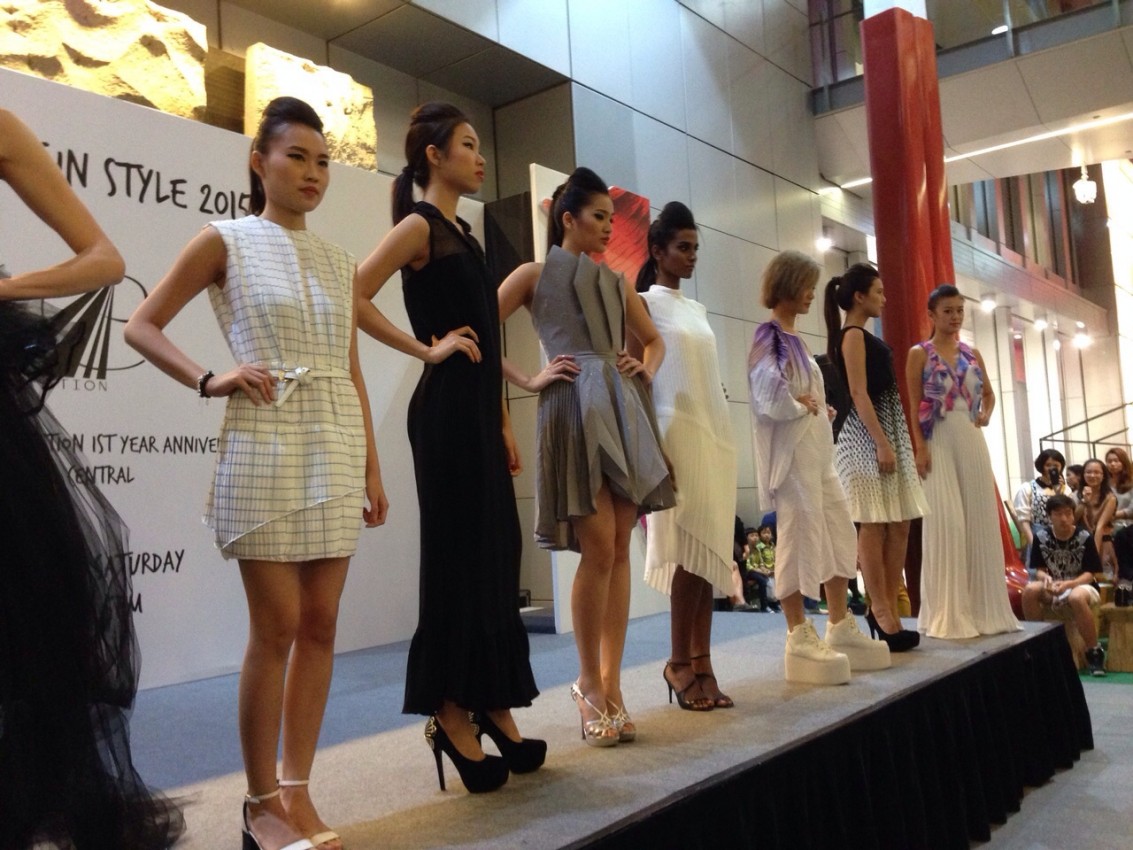 50 designers participated in this competition and 10 Raffles Designers were voted to the finals. The competition themed ‘Deconstruct – Reconstruct – Rebirth’, derived from Pleatation’s tagline, participating designers are to create a look inspired by this tagline and interpret it in his/her own style that best represent Pleatation.

Through this competition, our Raffles Designers gain experience of unique pleated fabric designs. This in turn enables them to understand the fashion industry better and builds their confidence level in this industry. To be able to participate in such competitions allows Raffles Designers to strive harder and work towards their goal. 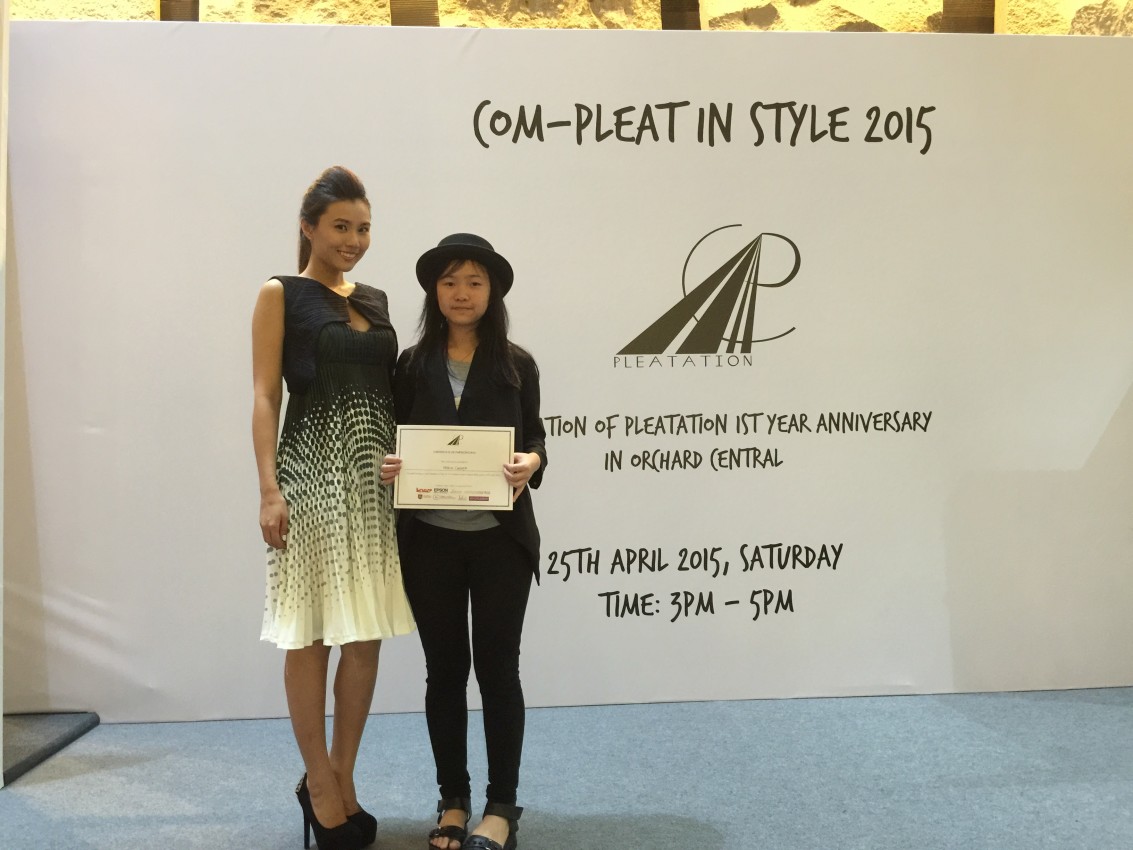 A Day With Andrea Chong