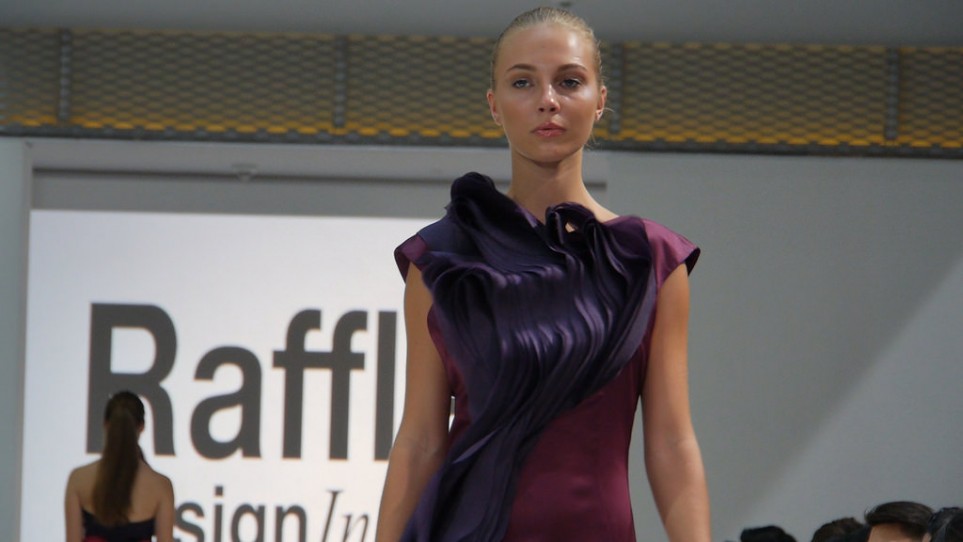 Digital Fashion Week is Asia’s highest profile designer showcase. Taking place once a year in Singapore, with their inaugural launch in Bangkok in 2014, it was the only fashion event that promoted the best young fashion designers through events and digital platforms across Asia. Since 2012, Digital Fashion Week has supported more than 50 local fashion designers and has welcomed notable names in the global fashion industry including Naomi Campbell, Patricia Field, Guo Pei and many others.

The theme for this year was ‘European Exchange’ where renowned models such as the world’s oldest supermodel, Carmen Dell’Orefice, were invited to grace the event. Jourdan Miller, winner of America’s Next Top Model Cycle 20, also strutted in style on the runway donning the collection designed by Iven Teh.

Iven expressed in exhilaration during the interview, “Jourdan Miller is amazing and really nice. When I saw her in my signature piece, my emotions was overwhelming and I wouldn’t want it any other way.” Right after the show, Jourdan Miller posted a picture of herself in Iven’s signature dress, crediting this talented young designer and his amazing outfit.

The joy wasn’t only for Iven as Winnie and Yunita were both over the moon. “I felt overjoyed and heartening to see my collection at such a grand event. Before the show, we were all nervous and worried, but I felt a sense of accomplishment when the fashion show concluded.” Winnie said in all smiles.

“Being able to participate in Digital Fashion Week 2014 was certainly a good platform for new designers. I hope through this, I can gain greater awareness for my designs.” said Yunita, who is currently working on launching her own label.

Raffles Fashion Marketer Amos Yeo was also invited to showcase his label ‘AMOS ANANDA’ in the retail space. “This was an awesome platform to gain international awareness for my label. It also allowed me to express creativity to design the space to showcase my upcoming collection.” said Amos.

Beyond Classroom Learning for Raffles Interior Designers and Entrepreneurs